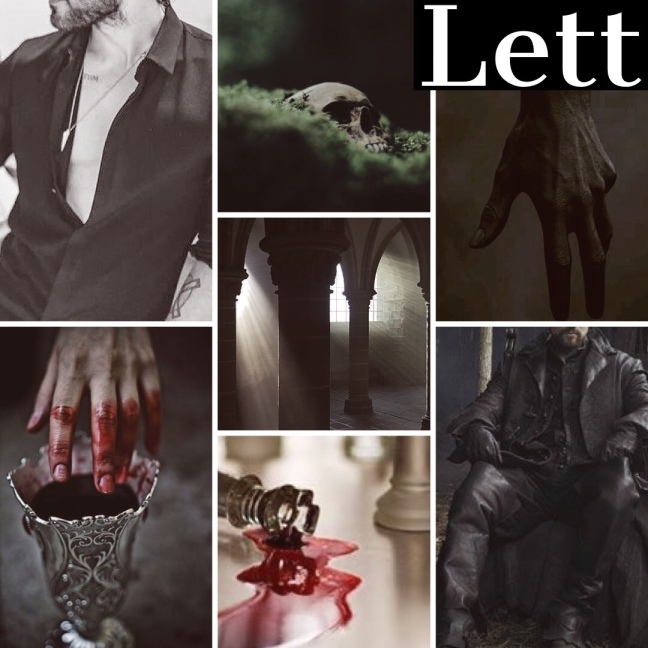 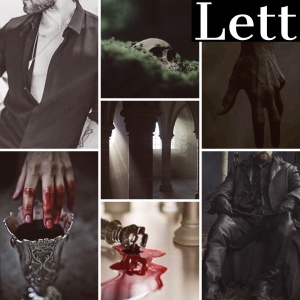 The creator of the game.

I knew when I first started to dream up the beginnings of the story, Catherine needed a foe who was determined, whose motivations went much further than anyone could realize. I knew from the start he had to be a demon, and that their relationship had to be complicated as hell (ha. Sorry, lame joke. Blame Colt.).

Catherine first mentions him in Displaced, as she explains demons to Garrett, how some can blend in with humans and how they manipulate people. That she fell into that trap herself. It goes a step further when she has a conversation with Mitchell, where they discuss hunting, how their paths haven’t crossed before, but that he’s heard rumors.

That’s when she admits that she fully fell under his control. that at first she didn’t realize what he was, but by then it was too late. She crossed lines that should have never been crossed.

She also tells Mitchell how she’s been trying to kill the bastard and he’s done plenty of damage to her, including breaking a protection tattoo.

He finally makes an appearance, forcing her to question whether or not what she was experiencing (being stuck in her past, the men she was with) was real or just a figment of her imagination. He reminds her that she is a pawn in his game, and he’s in control.

When he makes his second appearance, it’s after her return to the present day. He’s accompanied by a new companion, one who Catherine recognizes. He reminds her that this is all a game. That she and her friends can fight, but it’s his rules. She’s his pet.

He gets cocky. He makes mistakes. You should never underestimate a pissed off woman.

Sometimes the pet bites back.

His presence is still very much alive in Moving Pieces. Connelly has picked up the game and has plans that very much involve Lett. Catherine starts to realize just how far Letts manipulation played a role in her life. How far deep his game runs. He’s been curating it for centuries, as he told her before.

Catherine sees this first hand in Critical Position. Connelly, having fallen for Lett’s manipulation, ends up sending them back to the 1600s. There Catherine must face the fact that she is in Lett’s lifetime. They find him, still known as Alexander Taggart and living in an abbey. A priest. Already beginning the game. They witness the events that set the game into motion, all the while knowing they can’t stop him. That if they interfere, it would mean changing history. Changing fate. It’s clear that even as a human he was evil, manipulative, and after power.

He’s a huge presence in all of the books, even when he doesn’t physically appear as often as the rest of the cast. His strength is the way he looms over everything. The way he is a constant presence. Even when the bastard should be gone, he finds a way to maintain full control.

The inspiration for Lett comes from a lot of places. Demon mythology. The behaviors of various serial killers. Speech patterns come from a combination of reflecting his age, his adaption to modern life to blend in, and there is definitely a couple of actors who I could see fitting the role.